"Castleberry's smart, ambitious debut begins in 1947 when a pool hustler in Chicago hears about nine UFOs appearing in the sky, and is inspired to head west. What follows are glimpses into a handful of lives that are, over the course of 40 years, affected by this one man's choice. Castleberry effortlessly embodies the voices of these very different people, and shows how they're all united by optimism, the idea of a fresh start, and curiosity about What's Out There. This is such a unique portrait of post-WWII America." --Erika 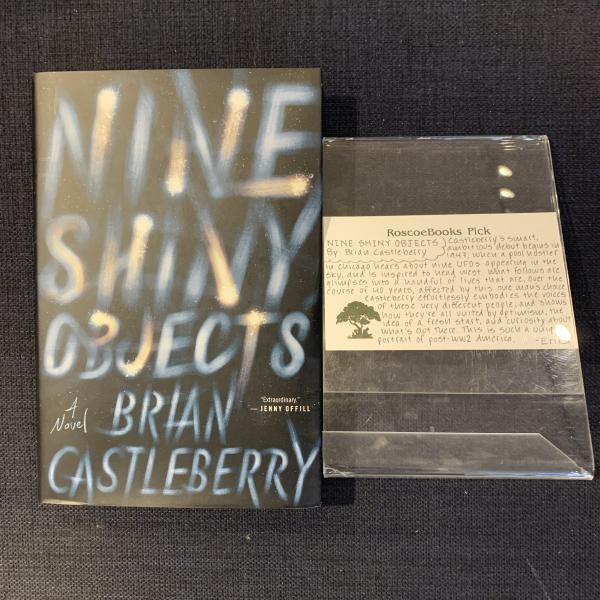 In this extraordinary novel, Castleberry brilliantly hopscotches from person to person, from era to era, while somehow making all this fancy footwork look effortless and essential. - Jenny Offill, author of Department of Speculation and Weather

A luminous debut novel in the tradition of DeLillio and Egan, chronicling the eerily intersecting lives of a series of American dreamers whose unforeseen links reveal the divided heart of a haunted nation--and the battered grace that might lead to its salvation

June 26, 1947. Headlines across America report the sighting of nine pulsating lights flying over the Cascade Mountains at speeds surpassing any aircraft. In Chicago, inspired by the news, Oliver Danville, a failed actor now reduced to a mediocre pool hustler, hitchhikes west in a fever-dream quest for a possible sign from above that might illuminate his true calling. A chance encounter with Saul Penrod, an Idaho farmer, and his family sets in motion the birth of "the Seekers"--a collective of outcasts, interlopers, and idealists devoted to creating a society where divisions of race, ethnicity, and sexuality are a thing of the past. When Claudette Donen, a waitress on the lam from her suffocating family, encounters the group, she is compulsively drawn to Oliver's sister Eileen, but before she is able to join the enigmatic community, it has vanished.

Reunited across the country, the Seekers attempt to settle in the suburbs of Long Island. One night, their purpose suddenly revealed, a stranger emerges, and a horrific crime ensues. In the decades that follow, the perpetrators, survivors, and their children will be forced to face the consequences of what happened--a reckoning that will involve Charlie Ranagan, a traveling salesman; Max Felt, a dissolute late-1960s rock star; Alice Linwood, an increasingly paranoid radio host; Stanley West, a struggling African American poet; Marly Feldberg, a Greenwich Village painter; and Debbie Vasquez, a Connecticut teenager trapped by an avalanche of midnight legacies. Each will prove to be a piece of a puzzle that, when assembled, reveals a shocking truth about the clash between the optimism of those who seek inspiration from spacious skies, and the venom of others who relish the underworld--not only via conspiratorial maneuverings, but the literal unearthing of the dead. The result is one of the most exciting, and unforgettable, debut novels in recent memory, and the launch of a major career in American letters.