The Light Years by Chris Rush 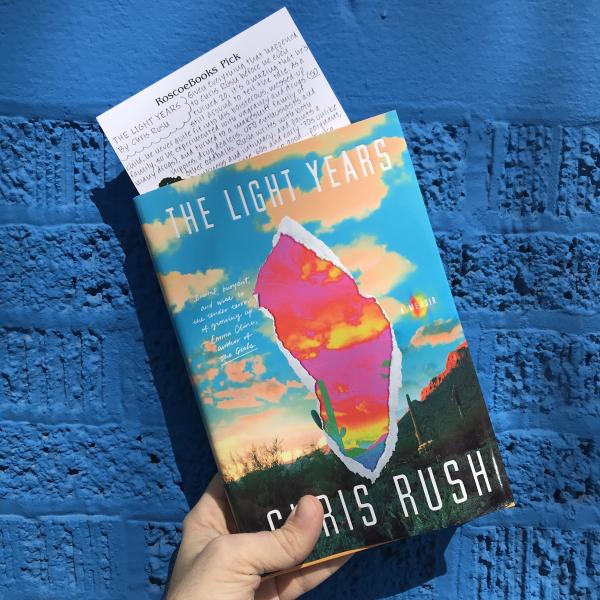 The Light Years by Christ Rush

"Given everything that happened to Chris Rush before he even turned 20, it's amazing that he's still around to tell the tale. A a child, he never quite fit into his boisterous, messed-up family, so he experimented with vagrancy and drugs (so many drugs), and turned to a makeshift family of hippies, drug dealers, UFO enthusiasts and other oddballs. Rush writes with both frankness and intimacy, and paints a picture of the late '60s and early '70s unlike any other. This was just so good... poignant, entertaining and a hell of a ride."  - Recommended by Erika

The Light Years: A Memoir (Hardcover)

Chris Rush was born into a prosperous, fiercely Roman Catholic, New Jersey family. But underneath the gleaming mid-century house, the flawless hostess mom, and the thriving businessman dad ran an unspoken tension that, amid the upheaval of the late 1960s, was destined to fracture their precarious facade.

His older sister Donna introduces him to the charismatic Valentine, who places a tab of acid on twelve-year-old Rush’s tongue, proclaiming: “This is sacrament. You are one of us now.”

After an unceremonious ejection from an experimental art school, Rush heads to Tuscon to make a major drug purchase and, still barely a teenager, disappears into the nascent American counterculture. Stitching together a ragged assemblage of lowlifes, prophets, and fellow wanderers, he seeks kinship in the communes of the west. His adolescence is spent looking for knowledge, for the divine, for home. Given what Rush confronts on his travels—from ordinary heartbreak to unimaginable violence—it is a miracle he is still alive.