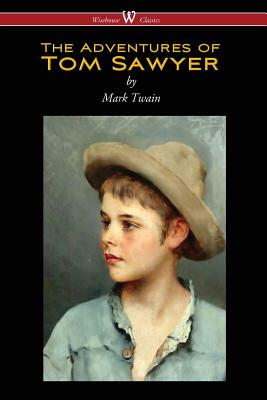 Thomas "Tom" Sawyer is the title character of the Mark Twain novel THE ADVENTURES OF TOM SAWYER (1876). He appears in three other novels by Twain: ADVENTURES OF HUCKLEBERRY FINN (1884), TOM SAWYER ABROAD (1894), and TOM SAWYER, DETECTIVE (1896). Sawyer also appears in at least three unfinished Twain works, HUCK AND TOM AMONG THE INDIANS, SCHOOLHOUSE HILL and TOM SAWYER'S CONSPIRACY. While all three uncompleted works were posthumously published, only Tom Sawyer's Conspiracy has a complete plot, as Twain abandoned the other two works after finishing only a few chapters.

The fictional character's name may have been derived from a jolly and flamboyant fireman named Tom Sawyer with whom Twain was acquainted in San Francisco, California, while Twain was employed as a reporter at the San Francisco Call. Twain used to listen to Sawyer tell stories of his youth, "Sam, he would listen to these pranks of mine with great interest and he'd occasionally take 'em down in his notebook. One day he says to me: 'I am going to put you between the covers of a book some of these days, Tom.' 'Go ahead, Sam, ' I said, 'but don't disgrace my name.' " Twain himself said the character sprang from three people, later identified as: John B. Briggs (who died in 1907), William Bowen (who died in 1893) and Twain; however Twain later changed his story saying Sawyer was fully formed solely from his imagination, but as Robert Graysmith says, "The great appropriator liked to pretend his characters sprang fully grown from his fertile mind.