The Power Couple: A Novel (Hardcover) 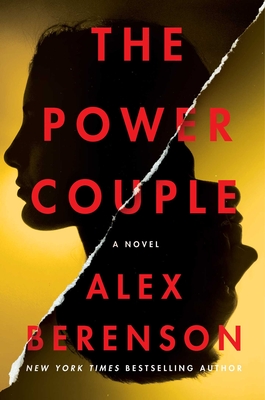 Rebecca and Brian Unsworth appear to have it all. A nice house in the suburbs of Washington, DC. Two well-behaved, healthy teenage children. Important government jobs—Rebecca working in counterterrorism for the Federal Bureau of Investigation, Brian serving as a coder for the National Security Agency. Their lives stand to improve even more as Brian, in his off-hours, has just developed and sold a highly profitable app.

However, the Unsworths’ marriage isn’t as perfect as it seems. After two decades together, they’ve drifted apart, talking little and having sex even less. Seeking to revive their strained relationship, they decide for their twentieth wedding anniversary to take their two kids, Kira and Tony, on a European getaway.

They have a blast…until one night in Barcelona when Kira doesn’t come home from a dance club. She’s gone. Abducted. Over the course of a single weekend, the Unsworths will do everything possible to find her—as Kira herself discovers just how far she’ll go to break free of the trap that’s been set for her. And even as Rebecca and Brian come together for Kira, they realize their marriage is more tenuous than they realized.

The Power Couple is both a fast-paced, globe-trotting espionage novel full of surprising twists and a nuanced look at modern marriage—the challenges of balancing career, parenthood, sex, and love.

Alex Berenson is a former New York Times reporter and award-winning novelist. He attended Yale University and joined the Times in 1999, where he covered everything from the drug industry to Hurricane Katrina and served as a correspondent in Iraq. In 2006, The Faithful Spy, his debut novel, won the Edgar Award from the Mystery Writers of America for Best First Novel. He has since written twelve more novels and a nonfiction book, Tell Your Children. Currently, he lives in the Hudson Valley with his wife and children.

“Mr. Berenson, a veteran storyteller, succeeds quickly in getting the reader to care about his main characters… The Power Couple, rife with crime-busting subplots and energized by a teenage captive determined not to be a victim, is one of the most unpredictable thrillers in years.” —The Wall Street Journal

“Berenson writes with vigor and pace…This thriller is tailor-made for the big screen.” —Publishers Weekly

"The pace is unrelenting, and Berenson has a few twists in his arsenal. He also creates an engaging character in the brave and resourceful Kira, who is so much more than a helpless victim. A fast-paced and engaging political thriller." —Kirkus Reviews

“A well-written and compelling story about crime, a crumbling marriage, spousal resentment and betrayal.” —Washington Times