Time Dancer II: And The Adventure Of Discovery (Paperback) 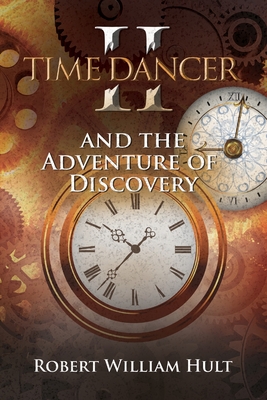 After Bing Brown's mentor dies, Bing realizes he is on his own against powerful and intelligent nemeses--Snitch and Snatch. The Potion of Invincibility still aids the young mage in transforming evil beings, but he finds it doesn't work on non-evil things, severely limiting its use. Bing and Lila start studying magic in the cantrip cabin--TD's home in the Fourth Dimension. The magical setting keeps changing as the couple's needs change. With new powers come new problems. Magic goes wrong. When they enter Snitch's underground labyrinth, Bing is nearly killed; Lila rescues him. In the Snitch's office, Do--a Nordica dragon--gives Bing war-related materials about a coming war in which Snitch and Snatch are to be generals. Anonymous messages instruct Bing to learn first-hand about The First War so he can prepare for the coming one. Circumstances require Bing to rescue creatures and people that eventually become his allies. They include Do, an information fairy named Gina, and Desmond, king of the elfins.

In this work, a teenage boy becomes a deeply-learned shaman whose talent for rescuing creatures and humans helps to build his network of allies for a future war.