Abyss of the Fallen (Paperback) 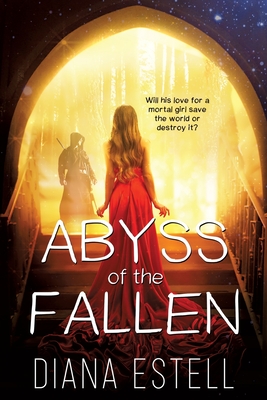 For centuries, Dagon, the Guardian of Light, balanced between two worlds, the Earth and the Abyss: the underground lair of the Fallen Seraphs. Half-Seraph, he sees into the hearts of mortals and hears their thoughts. Half-human, he shares their flaws and their addictions. His two worlds collide when Dagon finds Mary, a troubled girl enslaved by her abusive past. While humans remain unaware of the spiritual battle around them, Savila, the ruler of the Abyss and of Dagon himself, wages war for their blood and souls in a devious plot to rule both worlds. A plot that centers around the fate of one child, 13-year-old Mark Bennett. Intrigued by the mysterious Dagon, Mary must choose to help him for the sake of all humanity, the choice to save or sacrifice Mark. Is Mary's love strong enough to forgive Dagon the atrocities committed at Savila's command? The stakes of love climb higher and higher, and even with all his supernatural powers, Dagon can't save Mary, much less the Earth, from sure destruction. Can anything overcome the evil in both of their pasts? The fate of humanity very well may depend on it ...