One of Us Is Sleeping (Danish Women Writers) (Paperback) 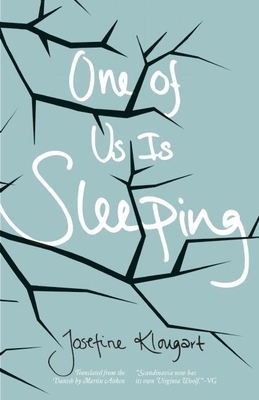 "Scandinavia now has its own Virginia Woolf. Few get as close to the human mind as Klougart"--Mari Nymoen Nilsen, VG

The English-language debut from one of Denmark's most exciting, celebrated young writers, One of Us Is Sleeping is a haunting novel about loss in all its forms.

As she returns home to visit her mother who is dying of cancer, the narrator recounts a brief, intense love affair, as well as the grief and disillusionment that follow its end. The book's striking imagery and magnificent prose underpin its principal theme: the jarring contrast between the recollection of stability, your parents, your childhood home, your love, and the continual endings that we experience throughout our lives.

A true-to-life, deeply poetic novel that works in the same vein as Anne Carson, One of Us Is Sleeping has won Klougart countless accolades and award nominations, including the Readers' Book Award, securing her place as a major new voice in world literature.

Josefine Klougart has been hailed as one of Denmark's greatest contemporary writers. She is the first Danish author ever to have two of her first three books nominated for the Nordic Council Literature Prize. She's been compared to a range of authors, including Joan Didion, Anne Carson, and Virginia Woolf.

Martin Aitken has translated dozens of books from the Danish, including works by Dorthe Nors, Jussi Adler-Olsen, Peter H eg, and Kim Leine, among others.