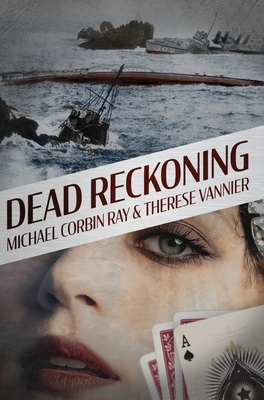 On September 8, 1923, seven ships of the U.S. Navy's Destroyer Squadron 11, led by Commodore Edward H. Watson on board the flagship USS Delphy, bore full speed into a treacherous section of California coastline informally known as Honda Point. Traveling south in single file "follow the leader" formation, the ships were attempting a turn into the Santa Barbara channel at night in heavy fog. They missed by several miles. One after another, in a span of just minutes, the destroyers jammed themselves to the rugged rocks that would be their fate. It was among the worst peacetime disasters in the Navy's history.

Dead Reckoning is a work of fiction inspired by these true events. The book follows the lives and passions of a group of enlisted sailors on liberty as their paths cross with an anxious diplomat recently returned from Japan. When that diplomat turns out to be a friend of their own captain, a series of minor conflicts and animosities builds to sudden tragedy and a night on the water that no man will forget-if they can first find a way to survive.

A captivating maritime story, both subtle and dramatic —Kirkus Reviews