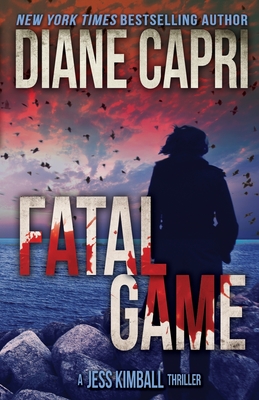 The famous surgeon is accused of murder. But is his wife still alive?

His wife was kidnapped.

Her driver was murdered.

The police files are thick.

Every piece of evidence proves the obvious, but the doctor claims it's not true.

Out of options, he begs Jess Kimball to nail the ruthless serial killer whose crimes are the ultimate game.

But Jess doesn't play where justice is at stake. She's been on the other side of crime.

For Jess Kimball, justice is never a game.

"Full of thrills and tension - but smart and human too." - Lee Child, #1 World Wide Bestselling Author of Jack Reacher Thrillers

"Relentlessly determined to bring justice to an unjust world, Jess Kimball is like a female Jack Reacher, only nicer " -- Martha Powers, award winning author of Conspiracy of Silence and Death Angel

"Smart, fast-paced, personal and, dare I say, thrilling. It's the kind of "this could happen to me" thrill that really chills me to the bone if I think about it too much. I could not put this book down until I found out if everything was going to turn out okay. Does it? Well you'll have to read it and see "

"This thought-provoking novel is populated with strong women and likeable men. Ms. Capri fully develops these characters while maintaining a tension-filled pace that will keep you turning pages well into the wee hours of the morning."

﻿Start reading Jess Kimball thrillers today and you'll be glued to the page.

Diane Capri is the New York Times and USA Today bestselling author of numerous book series, including The Hunt for Justice, The Hunt for Jack Reacher, and The Jess Kimball Thrillers. A former lawyer, she now divides her time between Florida and Michigan. Capri has been nominated for several awards, including the International Thriller Award, and is the recipient of the Silver award for Best Thriller e-Book from the Independent Book Publishers Association. She is currently at work on her next novel.