The Metamorphosis and Other Stories (Evergreens) (Paperback) 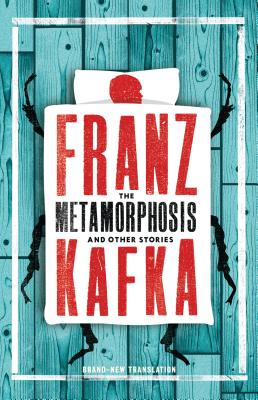 When the young salesman Gregor Samsa wakes up one morning transformed into a monstrous insect, his shock and incomprehension are coupled with the panic of being late for work and having to reveal his appearance to family and colleagues. Although over the following weeks he gradually becomes used to this new existence confined within the bounds of the apartment, and his parents and sister adapt to living with a grotesque bug, Gregor notices that their attitudes towards him are changing and he feels increasingly alienated.

One of the masterpieces of twentieth-century world literature, ‘The Metamorphosis’ is accompanied in this volume by a selection of other classic tales and sketches by Kafka – such as ‘The Judgement’, ‘In the Penal Colony’ and ‘A Country Doctor’ – all presented in a lively and meticulous new translation by Christopher Moncrieff.

Franz Kafka (1883-1924) was one of the giants of 20th century German literature. His stories, such as The Metamorphosis (1915), and novels, including The Trial (1925) and The Castle (1926), concern troubled individuals in a nightmarishly impersonal and bureaucratic world. His writing is some of the most influential in Western culture, although much of it is incomplete, and was only published posthumously.

"The only artist I felt could be my brother was Kafka." - David Lynch