The Metamorphosis & Other Stories (Paperback) 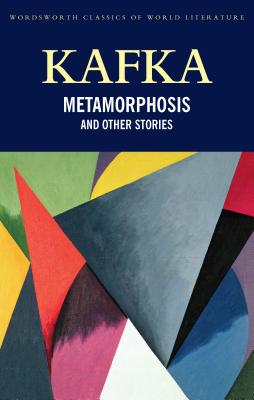 Translated, with an introduction, by John R. Williams.

This selection of Kafka's shorter prose writings includes one of the few works published during his lifetime: the harrowing story of Gregor Samsa's overnight transformation into a verminous insect, his record of the effect of this sudden metamorphosis on himself and the reaction of his family. It conveys with an unsettling mixture of subjective involvement and objective detachment the complex feelings of guilt, affection, responsibility and self-doubt that characterise Kafka's perception of intimate emotional relationships - themes that are continued in the quasi-fictional story The Judgement and the quasi-autobiographical Letter to his Father. Issues of guilt, punishment and penance are also treated with startling brutality in the story set in a tropical penal colony that describes in horrific detail a machine designed to inflict an ingenious and barbaric form of execution on victims of a summary and arbitrary justice - a machine, however, that in this instance destroys not its intended victim, but its zealous operator and, simultaneously, itself. Kafka's enigmatic fables deal, often in dark and quirkily humorous terms, with the insoluble dilemmas of a world in which there appears to be no reassurance, no reliable guidance to resolving our existential and emotional uncertainties and anxieties.