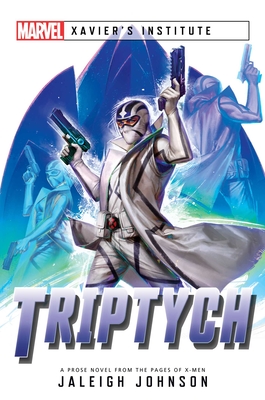 Former super-soldier and master thief, Fantomex, stumbles upon one of his clones, Cluster, breaking into museums to steal priceless artifacts. Outwitted and intrigued, Fantomex decides to beat Cluster at whatever game she’s playing. But something is different about these artifacts: they’ve all been infused with nanotechnology, very similar to the kind that originally created Fantomex. And they aren’t the only ones looking for them… Their other clone, Weapon XIII, is on the hunt too. The cat-and-mouse heists test their burglary skills and push the boundaries of how much they can trust one another. When it turns out that they're the pawns in an even deadlier game, all hell breaks loose – and these clones always play to win.

JALEIGH JOHNSON is a New York Times-bestselling fantasy novelist living and writing in the wilds of the Midwest. She has also written several novels and short stories for the Dungeons & Dragons Forgotten Realms fiction lines. Johnson is an avid gamer and lifelong geek.

“An engaging world rich in detail, mayhem, and adventure.”
— Kirkus Reviews, on the Secrets of Solace

“Johnson’s immersive world building is vivid... [with] fast-paced action, compelling characters.”
— Booklist, on The Door to the Lost

"Triptych went well above my expectations. Fast paced action, heartfelt moments, funny moments, fabulous writing style, brilliant characters and characterizations and a snarky protagonist what isn’t to love?"
— What You Tolkien About

"The themes of self, identity and finding one's place resonate in the story, making it a quick and exciting read. Recommended for Marvel fans, super-hero fans, and just general action fans."
— Martin's View