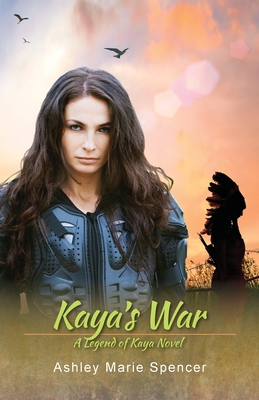 War has been declared on Kaya and her people. The nation is divided. And Kaya has run off, alone, to try and save the day. But she, and her followers, will learn the hard way that one warrior does not make an army. It's a race against time, and against each other, as Kaya and her devastatingly handsome, merciless enemy Kalona, rush to build their armies, solidify their claims, and prepare to fight in a gruesome war against their own. Before they engage in a deadly duel against each other. In the epic conclusion of Ashley Marie Spencer's debut series, Kaya has everything to lose and everything to gain. And the dream of a peaceful, united nation must be hard fought, and sorely won.