The Story of the American Legion: The History and Founding of the U.S. Veterans Organization in the Aftermath of World War One (Paperback) 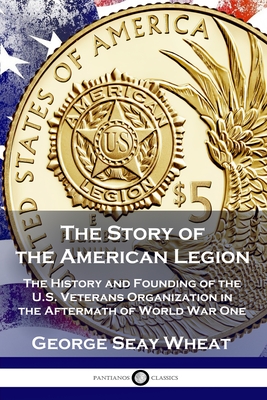 The American Legion was founded in 1919, shortly after the harrowing conflict of World War I drew to a close; this book describes the founding, and the principles which underscored the Legion from day one.

An excellent insight into the thought behind veterans' organizations, this book discusses the merits behind the creation of the American Legion. The foregoing devastation which characterized World War I, in which enormous numbers of Americans were enlisted for service, made the formation of veterans groups an urgent matter. The founders sought to promote the democratic ideals of the USA, record experiences of individual soldiers, and maintain ties of friendship between former soldiers.

Much of this book describes the structure of the American Legion, how officers used their experience in the military hierarchy to create a cohesive group. The early meetings are described with the comments of the young troops, who had only recently experienced intense combat on Europe's Western Front. We also hear favorable words in the press of the time, which deemed the veterans' group needed. Finally, a lengthy list of names for every state's chapter is appended - in just a year, the American Legion became a national group, with committees in most states of the union.