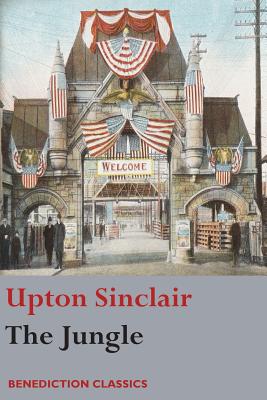 The Jungle is Upton Sinclair's scathing indictment of the meat packing industry in the early 1900s. This novel, which follows the Lithuanian immigrant Jurgis Rudkus and his family in their doomed struggle for survival in the brutal world of the Chicago stock yards, became a bestseller and changed history. The exposure of the appalling labor conditions and the unsanitary practices led to a public outcry, and eventually reforms, including the Meat Packing Act.

At the time, fellow writer Jack London called The Jungle "the Uncle Tom's Cabin of wage slavery." Eric Schlosser's more recent assessment is ''The Jungle . . . captures something essential about the American immigrant experience and the workings of a brutal industrial system. It transcends the specifics of one historical era and sadly remains relevant to our own.'' Sinclair's novel is now read both as literature and as history.

Upton Sinclair, journalist, novelist, political activist and gubernatorial candidate, has featured on the cover of Time magazine and is remembered for The Jungle and the wry saying "It is difficult to get a man to understand something, when his salary depends upon his not understanding it."