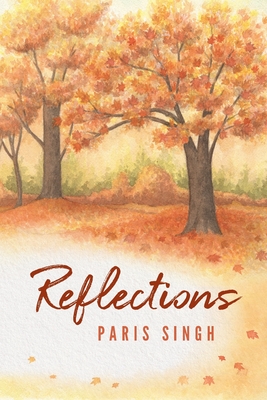 In brief, Reflections is a collection of nostalgic essays and sketches, wide-ranging in scope, most of which I wrote during my retirement. I tried to provide little vignettes or snapshots of life in the villages and sugar estates of colonial Guyana. I looked back at the social and recreational activities, the Primary School education, and the unique holiday celebrations in the colonial times. Included are reminiscences on teachers of my alumni school, Corentyne High in Guyana, and on teachers of Bryant High, Queens, New York, where I had taught. Shakespeare, whose plays I have greatly admired and enjoyed teaching, receives a glowing tribute on the occasion of the 400th anniversary of his death. Some of the articles look back elegiacally at some of the most treasured things that have fallen victim to progress, for example, the single-screen cinemas, the comics "Classics Illustrated", and the classic All-steel Raleigh Bicycles.

PARIS SINGH was born in Rose Hall Estate, Canje, British Guiana, in 1943. After Primary School at St. Patrick's in Rose Hall, Canje, he moved with his family to Hampshire and attended Corentyne High School, where he graduated in 1962. He taught English, Latin and French there. Then he went to Canada and read Honors English, with a Minor in Latin, at McMaster University, and graduated in 1977. He did his M.A. (English) there in 1978, and his M. Phil. in Renaissance Literature at the University of Waterloo (1979). He went on to specialize in the Renaissance, with emphasis on Milton and Shakespeare, at the University of Ottawa.

In New York, Paris taught College-Now English, sponsored by La Guardia College, and English and Latin at Bryant High in Astoria. After forty-two years of teaching, he retired in 2009. He has an enduring interest in Classics, French and History; philately and fencing. He was Fencing Master at Bryant, and won several medals at the New York Empire State Games.