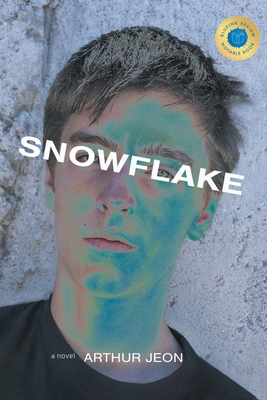 A high school scholarship student must kill the president as an act of environmental protection.

Brilliant 18-year-old Ben Wallace didn't set out to become a presidential assassin, but after a mind-altering experience Ben discovers some facts about earth's rapid global warming and none of it is good news. Now, Ben is on a dangerous trajectory, believing he must kill the President of the United States to save the planet.

Faced with such dire news, Ben becomes outraged by the president's climate change lies, attacks on climate science, and destruction of the natural world. He decides there is only one solution-a desperate, but necessary act of environmental activism and social justice to protect his generation-Ben must kill POTUS.

At his exclusive private school, Ben becomes a loner, self-isolated from the other students who appear-on Instagram anyway-not to have a care in the world. Not a single student seems to notice the planet is burning. It's all too much denial and lies-he's got to act Skipping his meds and therapist to prepare for his mission, the actions of this teenage vegan stress-tests the line between madness and morality.

During the six weeks leading up to his assassination of the President of the United States, Ben realizes he'll never get close enough to kill the president with a gun. Instead, he hatches a realistic hi-tech strategy, meticulously prepping for the daunting challenge he faces to assassinate a president.

Throughout this controversial climate change novel, Ben grapples with the philosophical, practical, and moral reasons that make his radical actions necessary. Mr. Hale, Ben's STEM teacher, and a former Navy Seal sees that his best student is struggling and attempts to take Ben under his wing. But Hale makes a fateful mistake by ignoring the signs of Ben's unraveling.

With a narrative structure that springs from Ben's brief journal entries, a ritual that helps him process his overactive mind into a singular confessional voice, the events tighten into a gripping suspense thriller racing to a shocking conclusion. For those who feel like its young protagonist, angry and helpless as we blow past irreversible tipping points, the novel is an urgent battle cry-if not to take up arms, then to become a climate change activist fighting against humankind's extinction.

⚠ WARNING: Snowflake, a Cli-Fi novel and political thriller, is a work of contemporary historical fiction-it swims the current of America's craziest cultural waters and terrifying global warming facts. But the climate science Ben cites is real, the politics are true, and the president's attacks against the environment are accurate.