Buried on the Battlefield? Not My Boy: The Return of the Dead from World War Two (Hardcover) 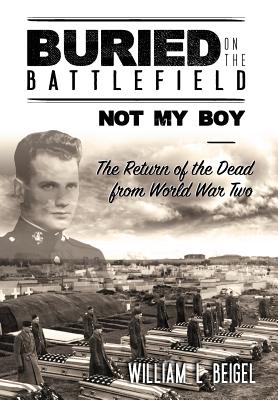 This is the forgotten story of the American World War II dead. Told from personal family letters, official documents, contemporary magazine and newspaper articles, historical research, and previously unpublished photographs, this is the first book to fully describe the return of the valiant dead to America after World War II, in tribute to those who gave their lives, as well as to those who mercifully brought them home.

Few people know that the United States was the only nation to bring home our war dead after World War II. The bodies of America's fallen were removed from foreign graves across the globe, often years after they died. More than 280,000 were recovered, leaving that number of American families with an agonizing choice: return their beloved sons to the homeland, or let them rest in military cemeteries overseas in the countries they died to liberate.

Some of our allies were strongly against the idea, fearing their citizens' reactions to not being able to bring home their own sons. But it was done because American families demanded it: not as a collective, organized effort, but one family - one father, mother, widow, or sibling - at a time.