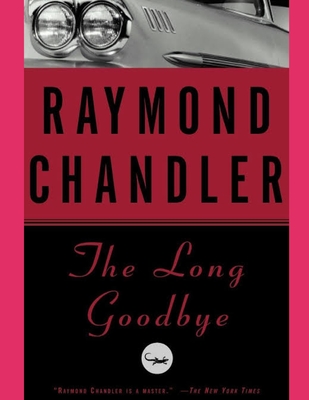 This book contains the single best sentence ever written about coffee: 'I went out into the kitchen to make coffee - yards of coffee. Rich, strong, bitter, boiling hot, ruthless, depraved.  The life-blood of tired men.' If Chandler can write that well about your morning cup, just imagine what he has to say about the human condition.  Noir at its best and Philosophically interesting.

Private investigator Philip Marlowe is 42 years old and does not exercise. His sport is chess yet he does not play against anybody. He just replays games of chess masters and solves chess puzzles. His brushes with danger and death he just narrates matter-of-factly. In one scene a rich, powerful, mean-spirited guy comes to his office. After some tough guy dialogue Marlowe slugs the visitor which made the latter double up in pain while his bodyguard--certainly armed--is just outside. When Marlowe later meets the bodyguard he insults him on his face. Yet they left Marlowe unharmed.Marlowe befriends a down on his luck war veteran with the scars to prove it. Then he finds out that Terry Lennox has a very wealthy nymphomaniac wife, who he's divorced and re-married and who ends up dead. and now Lennox is on the lam and the cops and a crazy gangster are after Marlowe.