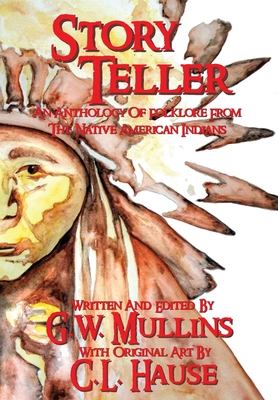 The mythology of North America is a cultural treasure house, but many of these myths and legends are hidden away in various old and rare books. It would be difficult for the average person to track down and collect this material because the rarity of some of these books makes them hard to acquire. So, this vast body of wisdom lies out of reach of most people... until now.

Included in this anthology are over 100 stories in the categories of Star People, Animal Tales, People Tales, War Tales, Origin Tales and Ghost Tales. Among the stories collected are: Origin of the Sweat Lodge, The Story of Po a, The Story of the Land of Northern Lights, Tale of the Lazy Boys Who Became the Pleiades, The Moon and the Thunders, The Two War Gods and the Two Maidens, The First War, A Widow's Revenge, A War Between the Alabama And the Choctaw, The Death of Head Chief and Young Mule, Two War Trails, Escape of The Seneca Boys, The End of The First World, Mistakes of Old Man, Iktomi's Blanket, Iktomi and the Muskrat, Beaver Medicine, The Badger and the Bear, The Tree Bound, The Simpleton's Wisdom, Crossing the Red Sea, Wakiash and the First Totem Pole, The Dogs of the Chief's Son, The Orphan Boy Captured by the Bad Thunderbirds, Godasiyo the Woman Chief, Lodge-Boy and Thrown-Away's Father, Blue Corn Maiden and the Coming of Winter, The Beginning of Newness, The Origin of the Society of Rattlesnakes, Origin of the Raven and the Macaw, How Glooskap Found the Summer, Raven's Great Adventure - How Raven Lost His Beak, Apache Creation Story, How the Old Man, Made People, Origin of the Medicine Man, When the Animals and Birds Were Created, Creation of the First Indians, A Little Brave and the Medicine Woman, The Man Who Was Afraid of Nothing, The Ghosts' Buffalo, The Land of the Dead, The Skin Shifting Old Woman and many more.