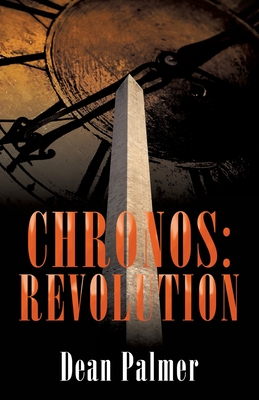 Will shook his head and barely got the words out. "I can't lose Joel, too. I can't." Phanuel reached out and placed his hand on Will's shoulder. "You must let him go, Will. If you don't, all will be lost." Tears streamed down Will's cheeks. "Do you mean to tell me that the only way to end all this...is for me to sacrifice my own son?" The fierce angel shed his own tears. "You'll be in the best company, my friend...the best. I've never seen the Father weep like He did that day...the day He sacrificed His Son on the cross...but He did it anyway." Revolution, the thrilling and moving conclusion to the Chronos trilogy, details the heart-pounding adventure of Joel Stark, the third generation caught in the curse of the mysterious, fearsome time devices. Heir to the Seer's powers, his struggle is not merely against flesh and blood, but also against "rulers, authorities, and spiritual forces of evil." His desperate quest to save humanity from the greatest destructive power in human hands takes him from Washington, D.C. to Jerusalem, from the present to the future, and from the earth to deep space, as history and destiny come full circle. Dean Palmer completed a master's "with distinction" at Liberty University's School of Divinity, contrasting the Bible's influence in the American and French Revolutions in his thesis. His extensive travels included a year as a diplomat in Saudi Arabia.