The Mohawk Warrior Society: A Handbook on Sovereignty and Survival (Paperback) 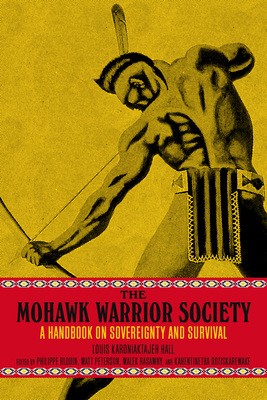 The first collection of its kind, this anthology by members of the Mohawk Warrior Society uncovers a hidden history and paints a bold portrait of the spectacular experience of Kanien'keh ka survival and self-defense. Providing extensive documentation, context, and analysis, the book features foundational writings by prolific visual artist and polemicist Karoniaktajeh Louis Hall (1918-1993)--such as his landmark 1979 pamphlet, The Warrior's Handbook, as well as selections of his pioneering artwork. This book contains new oral history by key figures of the Rotisken'rhak hte's revival in the 1970s, and tells the story of the Warriors' famous flag, their armed occupation of Ganienkeh in 1974, and the role of their constitution, the Great Peace, in guiding their commitment to freedom and independence. We hear directly the story of how the Kanien'keh ka Longhouse became one the most militant resistance groups in North America, gaining international attention with the Oka Crisis of 1990. This auto-history of the Rotisken'rhak hte is complemented by a Mohawk history timeline from colonization to the present, a glossary of Mohawk political philosophy, and a new map of Iroquoia in Mohawk language. At last, the Mohawk Warriors can tell their own story with their own voices, and to serve as an example and inspiration for future generations struggling against the environmental, cultural, and social devastation cast upon the modern world.