By the Book: Writers on Literature and the Literary Life from The New York Times Book Review (Hardcover) 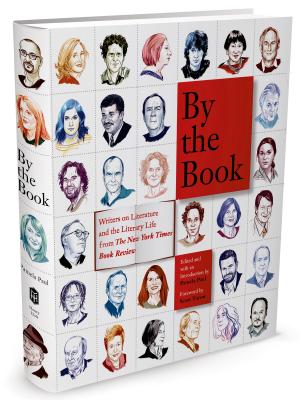 “I love talking about books, and reading this collection of wonderful By the Book columns from The New York Times Book Review was like getting to have dozens of such conversations with my favorite authors. I learned what David Sedaris would give the president to read, what Ira Glass thinks of guilty pleasures, and who Donna Tartt admires. There's a wide selection of interviewees, including some non-authors, and it's fascinating to see how many of their answers overlap. Whether read in short bursts or in one decadent gulp, this is the perfect gift for bibliophiles!”
— Lauren Peugh, Changing Hands Bookstore, Tempe, AZ

Every Sunday, readers of The New York Times Book Review turn with anticipation to see which novelist, historian, short story writer, or artist will be the subject of the popular By the Book feature. These wide-ranging interviews are conducted by Pamela Paul, the editor of the Book Review, and here she brings together sixty-five of the most intriguing and fascinating exchanges, featuring personalities as varied as David Sedaris, Hilary Mantel, Michael Chabon, Khaled Hosseini, Anne Lamott, and James Patterson. The questions and answers admit us into the private worlds of these authors, as they reflect on their work habits, reading preferences, inspirations, pet peeves, and recommendations.

By the Book contains the full uncut interviews, offering a range of experiences and observations that deepens readers' understanding of the literary sensibility and the writing process. It also features dozens of sidebars that reveal the commonalities and conflicts among the participants, underscoring those influences that are truly universal and those that remain matters of individual taste.

For the devoted reader, By the Book is a way to invite sixty-five of the most interesting guests into your world. It's a book party not to be missed.

She is the author of My Life with Bob: Flawed Heroine Keeps Book of Books, Plot Ensues; By the Book; Parenting, Inc.; Pornified; and The Starter Marriage and the Future of Matrimony.

Scott Turow is the author of worldwide bestselling novels including Presumed Innocent, Innocent, Ordinary Heroes, The Burden of Proof, Reversible Errors and Limitations. His works of nonfiction include One L, his journal from his first year at law school, and Ultimate Punishment, which he wrote after serving on the Illinois commission that investigated the administration of the death penalty and influenced Governor George Ryan’s unprecedented commutation of the sentences of 164 death row inmates on his last day in office. Ultimate Punishment won the Robert F. Kennedy Book Award. He lives outside Chicago, where he is partner in the firm of SNR Denton (formerly Sonnenschein, Nath & Rosenthal).

“The effect is like being at a very well-attended cocktail party, or peeking onto the nightstand of a favorite author… At times delightful and always entertaining, this book can be taken in large gulps, or small sips. Reading it will surely result in a monstrous and fascinating reading list.” —Library Journal (starred)