The Spider #48: Machine Guns Over the White House (Paperback) 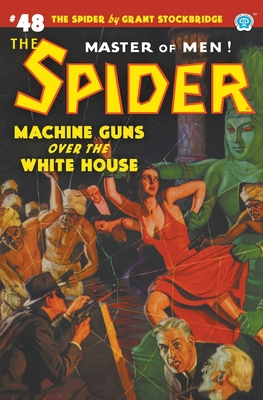 This is book number 48 in the Spider series.

Before the horrified eyes of the Senate's jammed galleries, that revered Senator died by his own hand. And Richard Wentworth, who had reached Washington in response to the newspaper agony column's personal, "In the name of democratic humanity, come to Washington before September 9..." knew that this marked only the beginning of a yogi-ridden dictator's reign. Behind that welter of machine guns and storm troops moved the Cobra, striking at the nation's very chief-and the Spider was face to face with the strangest battle ever fought by man