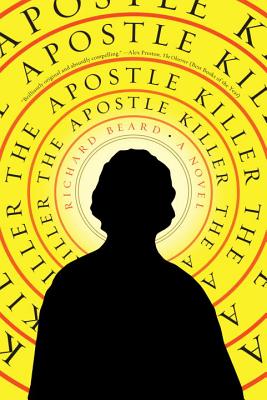 This is a wonderfully strange and thought-provoking book. It re-imagines the Roman world right after the crucifixion of Jesus as a modern day spy thriller. Cassius Gallio has been put in charge of proving the resurrection false. As he starts to track down the apostles, they start to be murdered in gruesome ways. Funny, exciting and inventive, I had a BLAST reading this book!

Set in a hazy Middle East that seems at once ancient and modern, The Apostle Killer features Gallio, an aging, hardboiled investigator who has one last chance to save his career: He’s got to prove Christ’s resurrection was a hoax.

To uncover the conspiracy behind the so-called resurrection, Gallio figures all he needs is for one of the apostles to crack. The only problem is that one by one, the apostles keep dying—and in ever more grotesque ways—just before Gallio gets to them.

Racing to save both his case and the witnesses he needs to solve it, Gallio begins to suspect he’s become the unwitting pawn in the plot to kill the apostles . . . but who’s behind it? And to what end? As Gallio realizes even his own superiors are not to be trusted, The Apostle Killer transforms from a dazzling literary experiment into a moving, haunting work of art.

Richard Beard is the author of six novels, including X20, Damascus (a New York Times Notable Book), The Cartoonist, Dry Bones, and Lazarus is Dead, and three works of non-fiction. He has been shortlisted for the BBC National Short Story Award and long-listed for the Sunday Times EFG Private Bank Short Story Award. He lives in London.

A Guardian and Observer Best Book of the Year

Shortlisted for the Goldsmiths Prize

“Beard is one of those rare writers whose novels are at once radically inventive and brilliantly entertaining . . . Mysterious and affecting. Set in a Roman world that boasts air travel and motivational speakers giving talks in luxury hotels, it is as joyously original as it is a page-turner to read.” —The Daily Mail

“It is a darkly funny, virtuoso performance . . . So cleverly done it almost winks at the reader.” —Phil Baker, Sunday Times