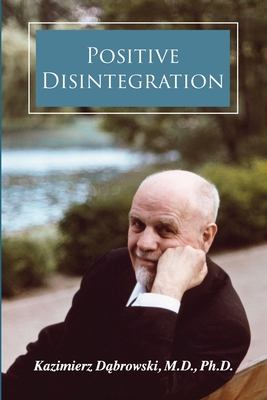 Kazimierz Dabrowski refers to his view of personality development as the theory of positive disintegration. He defines disintegration as disharmony within the individual and in his adaptation to the external environment. Anxiety, psychoneurosis, and psychosis are symptoms of disintegration. In general, disintegration refers to involution, psychopathology, and retrogression to a lower level of psychic functioning. Integration is the opposite: evolution, psychic health, and adequate adaptation, both within the self and to the environment. Dabrowski postulates a developmental instinct--that is, a tendency of man to evolve from lower to higher levels of personality. He regards personality as primarily developing through dissatisfaction with, and fragmentation of, the existing psychic structure--a period of disintegration--and finally a secondary integration at a higher level. Dabrowski feels that no growth takes place without previous disintegration. He regards symptoms of anxiety, psychoneurosis, and even some symptoms of psychosis as the signs of the disintegration stage of this evolution, and therefore not always pathological.