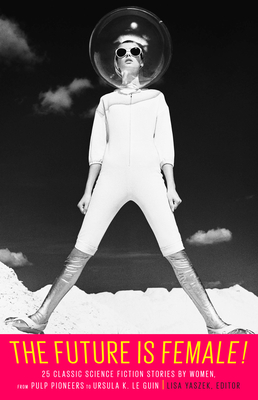 Space-opera heroines, gender-bending aliens, post-apocalyptic pregnancies, changeling children, interplanetary battles of the sexes, and much more: a groundbreaking new collection of classic American science fiction by women from the 1920s to the 1960s

CLARE WINGER HARRIS The Miracle of the Lily (1928)

ALICE ELEANOR JONES Created He Them (1955)

LEIGH BRACKETT All the Colors of the Rainbow (1957)

“Make no mistake: The quality of the stories here is unassailable.” –Kirkus Reviews

"An impressive and super fun-to-read collection that’s well worth picking up, and what it will leave you with (other than the notion that the future ain’t what it used to be) is the sense that women have always been into sci-fi—and they’ve been good at it." —Marie Claire

“Lisa Yaszek’s fascinating and well-researched anthology presents a trove of writers who helped define the genre…what all the stories have in common is sheer readability and a delicious sense of discovery.” —Gary K. Wolfe, The Chicago Tribune