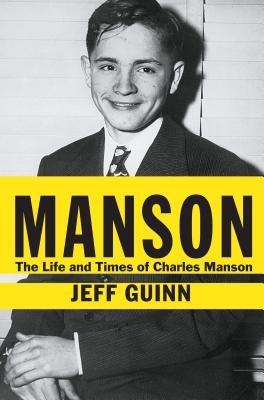 By Jeff Guinn
Email or call for price.
Out of Print

The "New York Times" bestselling, authoritative account of the life of Charles Manson, filled with surprising new information and previously unpublished photographs: "A riveting, almost Dickensian narrative...four stars" ("People").
More than forty years ago Charles Manson and his mostly female commune killed nine people, among them the pregnant actress Sharon Tate. It was the culmination of a criminal career that author Jeff Guinn traces back to Manson's childhood. Guinn interviewed Manson's sister and cousin, neither of whom had ever previously cooperated with an author. Childhood friends, cellmates, and even some members of the Manson family have provided new information about Manson's life. Guinn has made discoveries about the night of the Tate murders, answering unresolved questions, such as why one person near the scene of the crime was spared.
"Manson" puts the killer in the context of the turbulent late sixties, an era of race riots and street protests when authority in all its forms was under siege. Guinn shows us how Manson created and refined his message to fit the times, persuading confused young women (and a few men) that he had the solutions to their problems. At the same time he used them to pursue his long-standing musical ambitions. His frustrated ambitions, combined with his bizarre race-war obsession, would have lethal consequences.
Guinn's book is a "tour de force of a biography..."Manson" stands as a definitive work: important for students of criminology, human behavior, popular culture, music, psychopathology, and sociopathology...and compulsively readable" (Ann Rule, "The New York Times Book Review").