Our Noise: The Story of Merge Records, the Indie Label That Got Big and Stayed Small (Paperback) 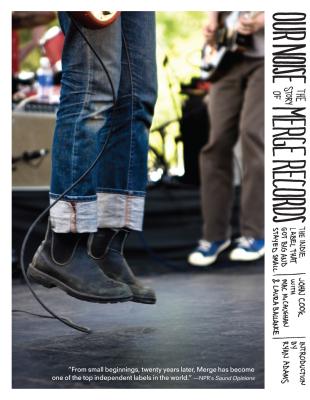 Merge Records defies everything you’ve heard about the music business. Started by two twenty-year-old musicians, Merge is a lesson in how to make and market great music on a human scale.  The fact that the company is prospering in a failing industry is something of a miracle. Yet two of their bands made the Billboard Top 10 list; more than 1 million copies of Arcade Fire's Neon Bible have been sold; Spoon has appeared on Saturday Night Live and The Tonight Show; and the Magnetic Fields' 69 Love Songs is a contemporary classic.

In celebration of their twentieth anniversary, founders Mac and Laura offer first-person accounts—with the help of their colleagues and Merge artists—of their work, their lives, and the culture of making music. Our Noise also tells the behind-the-scenes stories of Arcade Fire, Spoon, the Magnetic Fields, Superchunk, Lambchop, Neutral Milk Hotel, and Butterglory. Hundreds of personal photos of the bands, along with album cover art, concert posters, and other memorabilia are included.

Laura Ballance plays bass in Superchunk and formed with Mac the Merge Records label. She lives in Durham with her husband and daughter.

John Cook is a reporter for Gawker Media and has worked for Radar magazine and the Chicago Tribune.

Mac McCaughan plays in Superchunk and Portastatic (guitar and vocals), and founded, with Laura Ballance, the Merge Records label in 1989. He lives in Chapel Hill with his wife and children.