That Kind of Mother (Compact Disc) 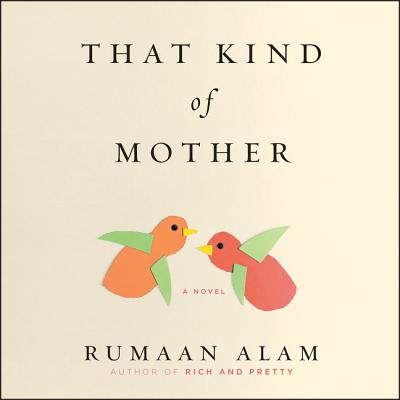 It's sometimes hard to believe that Alam is a man because he manages to capture and illuminate some of the most important truths about being a mother.  In this story, Rebecca is a well-to-do white woman, Priscilla is a her black nanny, and when Priscilla dies in childbirth, Rebecca adopts her son and raises him.  Alam set this story in the '80s and 90's, before the idea of white privilege occupied its current place in our national conversation, and the way this family's history unfolds is fascinating.  Lots of great stuff in here about what makes a family... and I thought the ending was perfect

"With his unerring eye for nuance and unsparing sense of irony, Rumaan Alam's second novel is both heartfelt and thought-provoking." -- Celeste Ng, author of Little Fires Everywhere

From the celebrated author of Rich and Pretty, a novel about the families we fight to build and those we fight to keep

Like many first-time mothers, Rebecca Stone finds herself both deeply in love with her newborn son and deeply overwhelmed. Struggling to juggle the demands of motherhood with her own aspirations and feeling utterly alone in the process, she reaches out to the only person at the hospital who offers her any real help--Priscilla Johnson--and begs her to come home with them as her son's nanny.

Priscilla's presence quickly does as much to shake up Rebecca's perception of the world as it does to stabilize her life. Rebecca is white, and Priscilla is black, and through their relationship, Rebecca finds herself confronting, for the first time, the blind spots of her own privilege. She feels profoundly connected to the woman who essentially taught her what it means to be a mother. When Priscilla dies unexpectedly in childbirth, Rebecca steps forward to adopt the baby. But she is unprepared for what it means to be a white mother with a black son. As she soon learns, navigating motherhood for her is a matter of learning how to raise two children whom she loves with equal ferocity, but whom the world is determined to treat differently.

Written with the warmth and psychological acuity that defined his debut, Rumaan Alam has crafted a remarkable novel about the lives we choose, and the lives that are chosen for us.