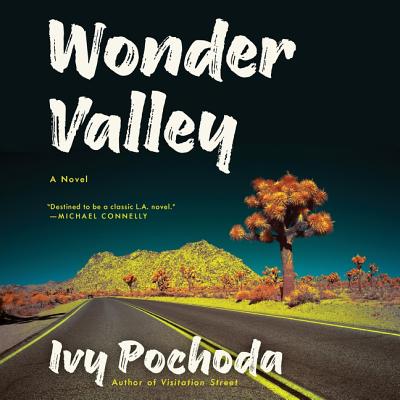 “A man running naked among the gridlocked cars of an L.A. freeway is the catalyst for this dark tale set in the rough neighborhoods of a decidedly unglamorous Los Angeles. In this version of the city, it's not only the poor and the powerless who are desperate; even the better-off characters turn out to be broken sinners who crave hope and redemption. The gritty beauty of Pochoda's writing, whether about cruelty and violence or about love, no matter how desperate, pulled me into the characters' lives and compelled me to keep reading all night.”
— Francesca De Stefano, Books Inc., San Francisco, CA

"Destined to be a classic L.A. novel."--Michael Connelly

When a teen runs away from his father's mysterious commune, he sets in motion a domino effect that will connect six characters desperate for hope and love, set across the sun-bleached canvas of Los Angeles.

From the acclaimed author of Visitation Street, a visionary portrait of contemporary Los Angeles in all its facets, from the Mojave Desert to the Pacific, from the 110 to Skid Row.

During a typically crowded morning commute, a naked runner is dodging between the stalled cars. The strange sight makes the local news and captures the imaginations of a stunning cast of misfits and lost souls.

There's Ren, just out of juvie, who travels to LA in search of his mother. There's Owen and James, teenage twins who live in a desert commune, where their father, a self-proclaimed healer, holds a powerful sway over his disciples. There's Britt, who shows up at the commune harboring a dark secret. There's Tony, a bored and unhappy lawyer who is inspired by the runner. And there's Blake, a drifter hiding in the desert, doing his best to fight off his most violent instincts. Their lives will all intertwine and come crashing together in a shocking way, one that could only happen in this enchanting, dangerous city.

Wonder Valley is a swirling mix of angst, violence, heartache, and yearning--a masterpiece by a writer on the rise.