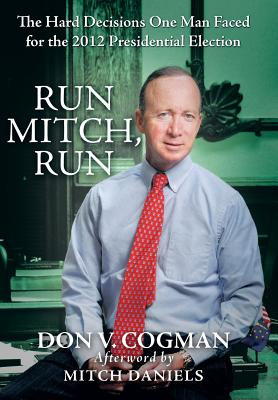 What does not happen in politics can be as important as what does happen. This was the case when my friend Mitch Daniels, then Indiana's much-admired governor, decided against seeking the Republicans? 2012 presidential nomination. This book is a fascinating look at the interplay of the personal and the political, a story of one of modern history's might-have-beens.
George Will
Syndicated Columnist

This is a fascinating history of the eight people who worked tirelessly to bring to life a 2012 presidential candidacy on behalf of Governor Mitch Daniels. Highly competent, accomplished, visionary and with an extraordinary common touch but lacking an ego driven ambition- the perfect ?anti-Obama?- Daniels could have been a game changing candidate had he chosen to run. Reading this story, it is hard not to conclude that the country would have been the real beneficiary of a Daniels candidacy.
Patrick H. Caddell
Fox News Contributor
Pollster and Political Strategist

The increasingly pernicious nature of our political campaigns and media coverage of candidates is driving some of our most talented people out of the process. ?Run Mitch, Run? takes readers behind the scenes on just one such case, and why then-Indiana Governor Mitch Daniels, one of the most qualified people to lead our country, decided that his love of family took precedence over his willingness to seek the presidency and serve the country.
Charlie Cook Editor and Publisher,
The Cook Political Report
Political Analyst,
National Journal and NBC News

Any American, Republican or Democrat, will enjoy this book, but I guarantee you it will also break your heart . You?ll read why a qualified, experienced, successful public servant who is a good, good man, decided he just could not run for President of the United States. And, just at a time when both parties need leaders like Gov. Mitch Daniels to offer themselves for service in high office.
Erskine Bowles President Emeritus,
University of North Carolina,
Former White House Chief of Staff

In 2009, a newspaper columnist's question prompted Mitch Daniels?perhaps the most successful Republican governor in the nation?to embark on a passionate, arduous, nearly two-year journey to make the most difficult decision of his life: whether or not to pursue the presidency of the United States.

Don V. Cogman, a corporate and governmental affairs executive, shares a story that deserves to be told?the story of what it takes to run for President of the United States, the choices a potential candidate faces, and the hard decisions a candidate must make during the process. As he offers a compelling, chronological glimpse into Daniels? quest to make the right decision for not only himself and his family but also his country, Cogman reveals intriguing, behind-the-scene details as Daniels, with the help of eight devoted individuals, wrestled with the pros and cons of a presidential run during a unique time in America's history.

Run Mitch, Run shares a political leader's journey through a major, life-changing decision as he contemplates whether or not to run for President of the United States in 20.