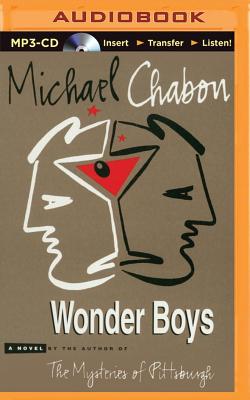 Chabon's extraordinary story of one turbulent weekend in the life of a struggling writer, a satire of the permanent adolescence of the creative class

A wildly successful first novel made Grady Tripp a young star, and seven years later he still hasn't grown up. He's now a writing professor in Pittsburgh, plummeting through middle age, stuck with an unfinishable manuscript, an estranged wife, a pregnant girlfriend, and a talented but deeply disturbed student named James Leer. During one lost weekend at a writing festival with Leer and debauched editor Terry Crabtree, Tripp must finally confront the wreckage made of his past decisions.

Mordant but humane, Wonder Boys features characters as loveably flawed as any in American fiction.