The Most Dangerous Game (Paperback) 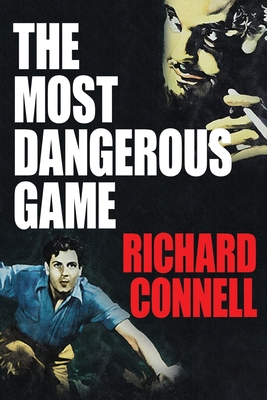 After falling overboard from a yacht, Sanger Rainsford swims to a nearby island. There General Zaroff, a big-game hunter who knows of Rainsford from published accounts of his hunting snow leopards in Tibet, invites him to dinner. Zaroff is bored of hunting because it no longer challenges him; he has moved to Ship-Trap Island in order to capture shipwrecked sailors. Any captives who can elude Zaroff, his manservant Ivan, and a pack of hunting dogs for three days is set free.

No one has yet lasted that long, although a couple of sailors had come close. Zaroff offers sailors a choice-should they decline to be hunted, they will be handed over to Ivan, who had once been official knouter for The Great White Czar. Rainsford denounces this as barbarism, but has no way out. He reluctantly agrees to be hunted...