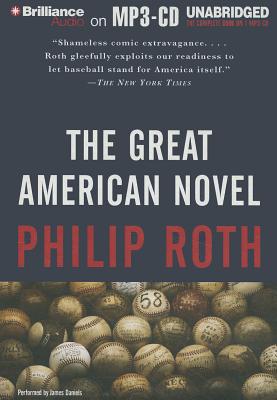 Gil Gamesh, the only pitcher who ever literally tried to kill the umpire. The ex-con first baseman John Baal, "The Babe Ruth of the Big House," who never hit a homerun sober. If you've never heard of them -- or of the Ruppert Mundy's, the only homeless big-league ball team in American history -- it's because of the Communist plot and the capitalist scandal that expunged the entire Patriot League from baseball memory.

"Roth is better than he's ever been before....The prose is electric." - The Atlantic