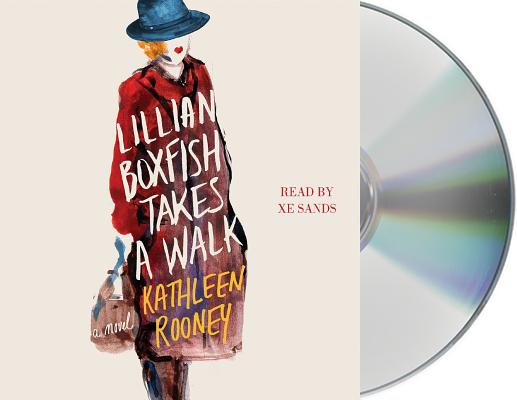 "Between author Rooney's story and narrator Xe Sands's craftsmanship, this Walk will sweep listeners off their feet...Through Sands we feel the force of Lillian's personality — with all its drive, wit, and grace — as well as the counterforces that want to constrain it." — AudioFile Magazine

"Between author Rooney's story and narrator Xe Sands's craftsmanship, this WALK will sweep listeners off their feet...Through Sands we feel the force of Lillian's personality--with all its drive, wit, and grace--as well as the counterforces that want to constrain it. A concluding interview explores why the performances of the most exemplary narrators are so seemingly effortless yet so compelling." -AudioFile Magazine, Earphones Award Winner

"Narrator Sands depicts Lillian with an intelligent, worldly tone, keeping true to her cadence but alternating a scratchy, elderly voice in the present day with a lighter, younger-sounding voice in the memory flashbacks. ...Sands’ voice takes on the quality of a radio reader as she conveys the bits of poetry and advertising jingles,
adding humor and another layer of insight into Lillian’s character. Sands’ affectionate and expressive
performance perfectly matches both character and mood." -Booklist, starred review

"...[T]he audiobook is outstandingly read in a voice that's exactly what you'd expect from a feisty 85-year-old...Kathleen Rooney's Lillian is delightful. You'll remember her long after you've finished the book." -Inside Jersey