The Mysterious Stranger and Other Stories (Paperback) 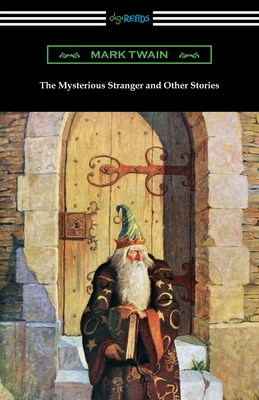 In this representative volume, "The Mysterious Stranger and Other Stories" the reader will find twenty-four of Mark Twain's best shorter works. Classic and unforgettable tales that span the author's career are included, such as "The Celebrated Jumping Frog of Calaveras County", which is Twain's most famous short story and was his first great success as an author. It is the unforgettable tale of Jim Smiley, the gambler who will bet on anything including a frog-jumping competition. Also included is the fascinating and unfinished final novel by Twain, "The Mysterious Stranger", which he worked on over a period of several years from 1897 to 1908 and was finally published after his death. The story takes place several hundred years ago and features a mysterious character who is revealed to be Satan himself. Far darker, more serious, and mature than Twain's earlier works, this final story grapples with challenging and important concerns about the moral failings of men and the fate of the human race. This collection is an important addition to the library of anyone who enjoys one of America's most renowned authors. This edition is printed on premium acid-free paper.