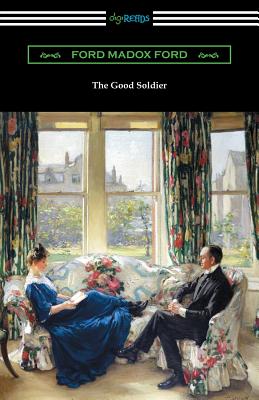 First published in 1915, "The Good Soldier" is Ford Madox Ford's tragic tale of the relationship between two couples. The first couple is English, Captain Edward Ashburnham, the good soldier referenced in the title, and his wife Leonora. The two at first have a seemingly perfect marriage but over the course of the novel is revealed that a constant series of infidelities by Edward has driven Leonora to attempt to exert increasing control over Edward's affairs, placing great strain on their relationship. The second couple is American, John and Florence Dowell, who have been living abroad in Europe for quite some time. John, a wealthy American Quaker, is held romantically at a distance from his wife Florence, who feigns a heart condition so that she may carry on an affairs of her own. What ensues is a tragic series of events which is described by John as the "saddest story ever told". Often cited as one of the greatest novels ever written, "The Good Soldier" presents the epitome of the unreliable narrator in John Dowell, leaving the reader wondering whether or not he is an innocent victim or a master of manipulation seeking to evoke the sympathy of his audience. This edition is printed on premium acid-free paper.