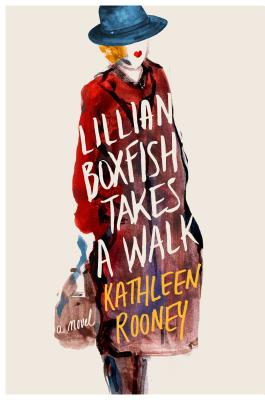 “Irresistible...funny and touching....This witty and heartfelt ode to a city, to its infinite variety, to its melting pot of citizens not only enchants but offers an important lesson: that human connections and work are what give life meaning.”
—Boston Globe


“I love this book....Just wonderful....A picture of a woman who tried and succeeded in making it in what was a man’s profession." —Nancy Pearl

“Effervescent…steeped in humanity and wit.”
—The Christian Science Monitor (10 Best Books of January)

"If you haven’t read Lillian Boxfish Takes a Walk, you’ll want to rectify that immediately. It is tart and charming and might make you miss your Nanna." —Jennifer Weiner, #1 New York Times bestselling author

“Enchanting….[Rooney] is clearly in her element here….Pre-Mad Men, [Lillian] combines the smarts of Peggy Olson, the sex appeal of Joan Holloway, and a hefty dose of independence that’s all her own.”
—FinancialTimes (UK)

"Past and present intermingle in Rooney’s novel, distinguished by a careful shift from past to present tense but always unified by Lillian’s unfailingly witty, reflective voice."
—BookReporter

“Well written, funny, and wise, Lillian Boxfish Takes A Walk is one of those novels that once again remind us of the power and value of fiction.” —Smoky Mountain News

"Rooney courts regret and vulnerability with humor, as only a poet could....Lillian's walk is for anyone who craves a forgotten past or strains to make sense of the future." —Edge Media

“Easily the best gadding-around-town novel since Dawn Powell and Dorothy Parker.”
—Daniel Handler, author of Why We Broke Up and We Are Pirates

"There is a little of Lillian Boxfish in all of us. And if there isn’t, there ought to be.”
—Julia Claiborne Johnson, author of Be Frank With Me

“If you are not charmed by Lillian Boxfish, then there may be no hope for you.”
­—Bookpage (Book of the Day)

“This walk will sweep listeners off their feet…seemingly effortless yet so compelling.”
—AudioFile Magazine (Earphones Award winner)