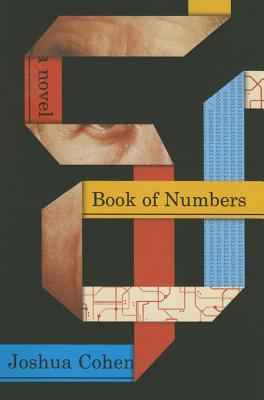 NATIONAL BESTSELLER - NAMED ONE OF THE TEN BEST BOOKS OF THE YEAR BY VULTURE AND ONE OF THE BEST BOOKS OF THE YEAR BY NPR AND THE WALL STREET JOURNAL - A monumental, uproarious, and exuberant novel about the search--for love, truth, and the meaning of Life With The Internet.
-More impressive than all but a few novels published so far this decade . . . a wheeling meditation on the wired life, on privacy, on what being human in the age of binary code might mean . . . Joshua] Cohen, all of thirty-four, emerges as a major American writer.---The New York Times

The enigmatic billionaire founder of Tetration, the world's most powerful tech company, hires a failed novelist, Josh Cohen, to ghostwrite his memoirs. The mogul, known as Principal, brings Josh behind the digital veil, tracing the rise of Tetration, which started in the earliest days of the Internet by revolutionizing the search engine before venturing into smartphones, computers, and the surveillance of American citizens. Principal takes Josh on a mind-bending world tour from Palo Alto to Dubai and beyond, initiating him into the secret pretext of the autobiography project and the life-or-death stakes that surround its publication.
Insider tech expose, leaked memoir-in-progress, international thriller, family drama, sex comedy, and biblical allegory, Book of Numbers renders the full range of modern experience both online and off. Embodying the Internet in its language, it finds the humanity underlying the virtual.
Featuring one of the most unforgettable characters in contemporary fiction, Book of Numbers is an epic of the digital age, a triumph of a new generation of writers, and one of those rare books that renew the idea of what a novel can do.
Please note that Book of Numbers uses a special pagination system inspired by binary notation: the part number precedes the page number, and is separated from it by a decimal point.
Praise for Book of Numbers
-The Great American Internet Novel is here. . . . Book of Numbers is a fascinating look at the dark heart of the Web. . . . A page-turner about life under the veil of digital surveillance . . . one of the best novels ever written about the Internet.---Rolling Stone
-A startlingly talented novelist . . . His] deeply rewarding novel is about an online religion gone wrong--and its importance lies in the fact that nearly all of us in the modernized world are members of that faith, whether we know it or not.---The Wall Street Journal
-Remarkable . . . dazzling . . . Cohen's literary gifts . . . suggest that something is possible, that something still might be done to safeguard whatever it is that makes us human.---Francine Prose, The New York Review of Books
-A hugely ambitious novel set in the high-tech world of now . . . a verbal high-wire act, daring in its tones and textures: clever, poetic, fast-moving, deeply playful, filled with jokes, savvy about machines, wise about people, dazzling and engrossing.---Colm Toibin, The Guardian
-Joshua Cohen is the Great American Novelist. . . . Like Pynchon and Wallace, Cohen can write with tireless virtuosity about absolutely everything.---Adam Kirsch, Tablet

Joshua Cohen was born in 1980 in Atlantic City. He has written novels (Book of Numbers), short fiction (Four New Messages), and nonfiction for The New York Times, Harper's Magazine, London Review of Books, The Forward, n+1, and others. In 2017 he was named one of Granta's Best of Young American Novelists. He lives in New York City.