Death Is a Festival: Funeral Rites and Rebellion in Nineteenth-Century Brazil (Hardcover) 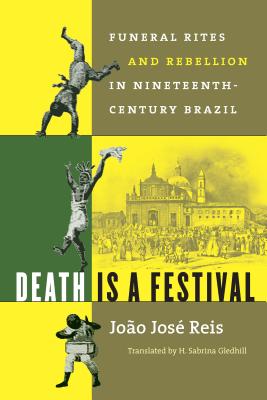 This award-winning social history of death and funeral rites during the early decades of Brazil's independence from Portugal focuses on the Cemiterada movement in Salvador, capital of the province of Bahia. The book opens with a lively account of the popular riot that ensued when, in 1836, the government condemned the traditional burial of bodies inside Catholic church buildings and granted a private company a monopoly over burials.
This episode is used by Reis to examine the customs of death and burial in Bahian society, explore the economic and religious conflicts behind the move for funerary reforms and the maintenance of traditional rituals of dying, and understand how people dealt with new concerns sparked by modernization and science. Viewing culture within its social context, he illuminates the commonalities and differences that shaped death and its rituals for rich and poor, men and women, slaves and masters, adults and children, foreigners and Brazilians.
This translation makes the book, originally published in Brazil in 1993, available in English for the first time.