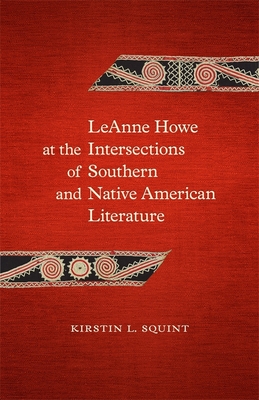 With the publication of her first novel, Shell Shaker (2001), Choctaw writer LeAnne Howe quickly emerged as a crucial voice in twenty-first-century American literature. Her innovative, award-winning works of fiction, poetry, drama, and criticism capture the complexities of Native American life and interrogate histories of both cultural and linguistic oppression throughout the United States.

In the first monograph to consider Howe's entire body of work, LeAnne Howe at the Intersections of Southern and Native American Literature, Kirstin L. Squint expands contemporary scholarship on Howe by examining her nuanced portrayal of Choctaw history and culture as modes of expression. Squint shows that Howe's writings engage with Native, southern, and global networks by probing regional identity, gender power, authenticity, and performance from a distinctly Choctaw perspective--a method of discourse which Howe terms "Choctalking." Drawing on interdisciplinary methodologies and theories, Squint complicates prevailing models of the Native South by proposing the concept of the "Interstate South," a space in which Native Americans travel physically and metaphorically between tribal national and U.S. boundaries. Squint considers Howe's engagement with these interconnected spaces and cultures, as well as how indigeneity can circulate throughout them. This important critical work--which includes an appendix with a previously unpublished interview with Howe--contributes to ongoing conversations about the Native South, positioning Howe as a pivotal creative force operating at under-examined points of contact between Native American and southern literature.

Kirstin L. Squint is associate professor of English at High Point University. Her articles have appeared in MELUS, Mississippi Quarterly, Studies in American Humor, and elsewhere