Lent: A Novel of Many Returns (Hardcover) 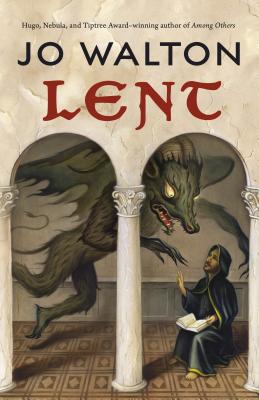 From Hugo, Nebula, and World Fantasy Award-winning Jo Walton comes Lent, a magical re-imagining of the man who remade fifteenth-century Florence—in all its astonishing strangeness

Young Girolamo’s life is a series of miracles.

That’s only the beginning. Because Girolamo Savanarola is not who—or what—he thinks he is. He will discover the truth about himself at the most startling possible time. And this will be only the beginning of his many lives.

JO WALTON won the Hugo and Nebula Awards for her novel Among Others and the Tiptree Award for her novel My Real Children. Before that, she won the John W. Campbell Award for Best New Writer, and her novel Tooth and Claw won the World Fantasy Award. The novels of her Small Change sequence—Farthing, Ha'penny, and Half a Crown—have won acclaim ranging from national newspapers to the Romantic Times Critics' Choice Award. A native of Wales, she lives in Montreal.

"By itself, a fascinating meditation on the choices which alter lives and the course of history; in the context of Walton's other novels, positively mind-bending."—Kirkus, starred review

“Fantasy doing with beautiful assurance what straight historical fiction can't, putting us right inside the gorgeous idea-thrilled, demon-haunted imaginarium of the Renaissance—and making the best case for Savonarola in about 500 years.”—Francis Spufford, Costa Award-winning author of Golden Hill, on Lent

"Brilliant, compelling, and frankly unputdownable." —NPR on The Just City

"Has as much in common with an Alice Munro story as it does with, say, Philip K. Dick's The Man in the High Castle." —Lev Grossman, Publishers Weekly, on My Real Children

"Walton shines, as she always does, in the small and hurtful and glorious business of interpersonal relationships...this book about philosophy, history, gender and freedom also manages to be a spectacular coming-of-age tale that encompasses everything from courtroom dramas to sexual intrigue." —Cory Doctorow, Boing Boing on The Just City

"A remarkable novel of ideas...Superb. In the end, the novel does more than justice to the idea of the Just City." —Booklist, starred review, on The Just City