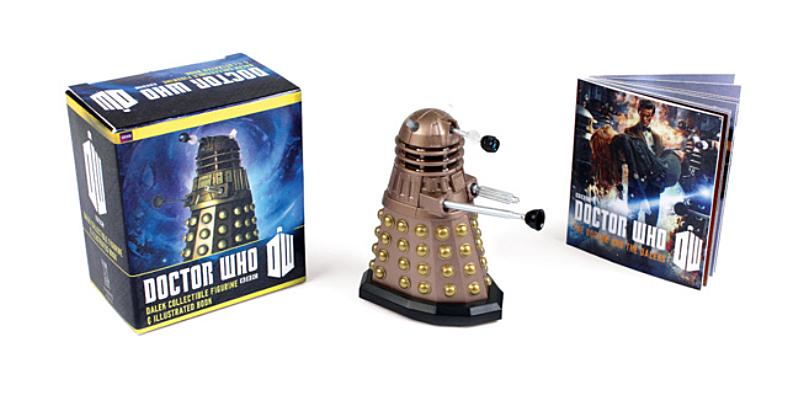 By Richard Dinnick
Email or call for price.
Out of Print

Here is the officially licensed kit from the long running BBC series Doctor Who which includes a replica of a Dalek— one of the Doctor's famed arch enemies—a cyborg bent on world domination. Also included is a 16-page book containing eight full color stickers.

Doctor Who, the BBC's landmark science fiction television show, launched in 1963. Since then the series has become a global phenomenon among millions of fans. New doctors have kept the show going. The transition from one actor to another is written into the plot of the show as a “regeneration” whereby the Doctor takes on a new body but all along representing the same character. Officially named the “most successful” and “longest running sci-fi series ever” by The Guinness Book of Records, Doctor Who celebrates its fiftieth anniversary in 2013.