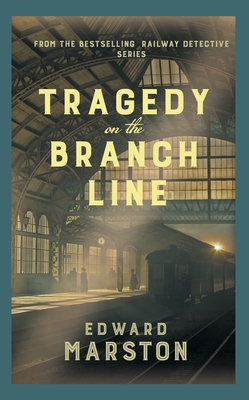 This is book number 19 in the Railway Detective series.

When Bernard Pomeroy finds a letter slipped under his door in the early hours, he flies into a panic. After dashing off a short note to his friend, he hands it to the porter at Corpus Christi College before hastening on to the railway station and boarding a train leaving Cambridge. However, shortly after disembarking at his destination, the undergraduate lies dead on the platform.

Inspector Colbeck and Sergeant Leeming are summoned by the Master of the college to investigate Pomeroy's untimely demise. With the Boat Race on the horizon, the president of the Cambridge Boat Club believes their Oxford rivals responsible for the death of their cox, who had been heralded in the press for his talent. Yet it seems Pomeroy had ruffled many feathers during his short time at the university. With academic disputes, sporting rivalry and a clandestine romance in play, the Railway Detective will have to disentangle the many threads of Pomeroy's life in order to answer the truth about his death.

Edward Marston has written over a hundred books. He is best known for his hugely successful Railway Detective series. His other series include the Home Front Detective, set in the Great War, and the Bow Street Rivals, featuring identical twin detectives during the Regency.