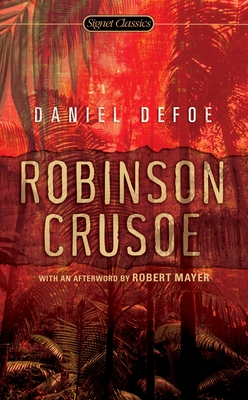 Daniel Defoe’s classic tale of a solitary castaway’s survival and triumph, widely considered to be the first English novel.

“I, poor miserable Robinson Crusoe, being shipwrecked, came on shore on this dismal unfortunate island, all the rest of the ship’s company being drowned. In despair of any relief, I saw nothing but death before me…”

Thus Crusoe begins his journal in Daniel Defoe’s classic novel: the vividly realistic account of a solitary castaway’s triumph over nature—and over the fears, self-doubt and loneliness that are parts of human nature.

For almost three centuries, Robinson Crusoe has remained one of the best known and most read tales in modern literature, a popularity owing as much to the enduring freshness and immediacy of its style as to its widely acknowledged status as the very first English novel.

Daniel Defoe (1660-1731) is the author of Robinson Crusoe, Moll Flanders, and A Journal of the Plague Year.

Paul Theroux is the award-winning author of such novels as Picture Palace and The Mosquito Coast as well as numerous bestselling travel books, including The Great Railway Bazaar.

Robert Thayer is Professor of British Literature and Director of the Screen Studies Program at Oklahoma State University and the author of History and the Early English Novel: Matters of Fact from Bacon to Defoe.