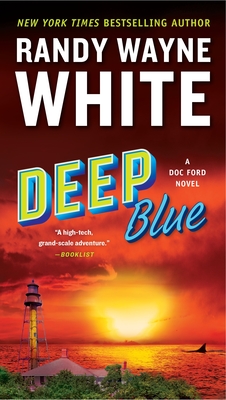 This is book number 23 in the A Doc Ford Novel series.

Doc Ford has long lived a double life. But in this electrifying New York Times bestselling novel, it may finally have caught up to him...

On a moonless night on Sanibel Island, Florida, marine biologist Marion “Doc” Ford carefully watches a video of a hooded man executing three hostages. The man is an American working with ISIS, and in the next few days, it’ll be Ford’s job, as part of his shadowy second life, to make sure the man never kills anybody else again.

But a lot can go wrong in a few days, and Ford has no way of knowing that not only will the operation prove to be a lot more complicated than he has anticipated, but that he’ll end up bringing those complications back with him to the small community of boaters, guides, lovers, and friends in Dinkin’s Bay, where he’s long made his home.

Someone has taken Ford’s actions very personally, and now no one there is safe—least of all, Ford himself.

“[A] high-tech, grand-scale adventure. White makes particularly good use of [the] always-potent crime-fiction theme—the knight errant who inadvertently brings trouble home to those he loves....This twenty-third Doc Ford novel will quickly assume its reserved seat on the New York Times and most other best-seller lists.”—Booklist (starred review)

“Lively characters, enough action for three summer blockbusters, and plenty of plot twists make this a great addition to the bestselling series.”—Publishers Weekly

“As with every Doc Ford story, the writing is tight and the story fast-paced....[Fans of] thriller heroes from James Bond to Jason Bourne will find a lot to like.”—Associated Press

“A trip to the Gulf Coast with Doc Ford is never dull...and White doesn’t skimp on the action....This marine biologist increasingly lets his clandestine life as a government operative take him away from his quiet Sanibel Island home [and White] continues to find fresh ways to bring Ford into the chaos of world politics.” —South Florida Sun-Sentinel

“White continues to impress with detail and description of the high-tech marvels that have become a part of everyman’s life....Deep Blue is the author at his best. You will want to say ‘He is back,’ but he never left.”—The Florida Times-Union