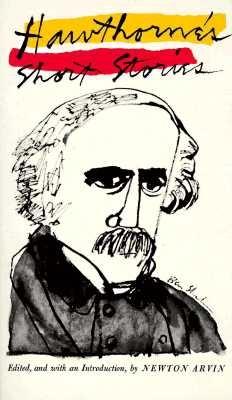 Here are the best of Hawthorne's short stories. There are twenty-four of them -- not only the most familiar, but also many that are virtually unknown to the average reader. The selection was made by Professor Newton Arvin of Smith College, a recognized authority on Hawthorne and a distinguished literary critic as well. His fine introduction admirably interprets Hawthorne's mind and art.

Nathaniel Hawthorne (1805-64) was an American novelist and short-story writer. He was born in Salem, Massachusetts, and graduated from Bowdoin College. His first novel, "Fanshawe, "was published anonymously in 1828, followed by several collections of short stories, including "Twice-Told Tales "and "Mosses from an Old Manse. "His later novels include" The Scarlet Letter, The House of Seven Gables, The Blithedale Romance, "and "The Marble Faun.

Newton Arvin (1900-63) was a literary critic and professor at Smith College known for his influential writings about nineteenth-century American literature. He is the author of biographies of Nathaniel Hawthorne and Walt Whitman, and his biography of Herman Melville won the National Book Award in 1951.