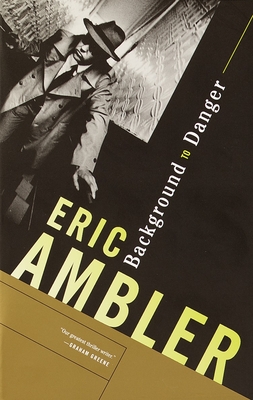 Kenton's career as a journalist depended on his facility with languages, his knowledge of European politics, and his quick judgment. Where his judgment sometimes failed him was in his personal life. When he finds himself on a train bound for Austria with insufficient funds after a bad night of gambling, he jumps at the chance to earn a fee to help a refugee smuggle securities across the border. He soon discovers that the documents he holds have a more than monetary value, and that European politics has more twists and turns than the most convoluted newspaper account.

Eric Ambler is often said to have invented the modern suspense novel. Beginning in 1937, he wrote a series of novels that were touted for their realism, in which he introduced ordinary protagonists who are thrust into political intrigue they are ill prepared to deal with. In the process he paved the way for such writers as John Le Carre, Len Deighton, and Robert Ludlum. He was awarded four Gold Daggers and a Diamond Dagger from The Crime Writers Association, named a Grand Master by the Mystery Writers Association, and was made an Officer of the Order of the British Empire by Queen Elizabeth. In addition to his novels, Ambler wrote a number of screenplays, including Rebecca, which he collaborated on with his wife, Joan Harrison. Eric Ambler died in 1998.