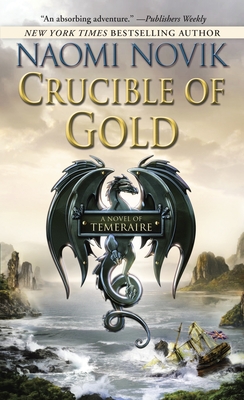 This is book number 7 in the Temeraire series.

From the New York Times bestselling author of A Deadly Education comes the seventh volume of the Temeraire series, as the Napoleonic Wars bring Will Laurence and Temeraire to South America.

The French have invaded Spain, forged an alliance with Africa’s powerful Tswana empire, and brought revolution to Brazil. Captain Will Laurence and his indefatigable fighting dragon, Temeraire, must travel to South America to negotiate with the Incas, who are also being wooed by the French.

If they fail, Napoleon may conquer yet another continent in his campaign for world domination, and the tide of the war may prove impossible to stop.

Naomi Novik is the New York Times bestselling author of A Deadly Education, The Last Graduate, and The Golden Enclaves, the award-winning novels Uprooted and Spinning Silver, and the Temeraire series. She is a founder of the Organization for Transformative Works and the Archive of Our Own. She lives in New York City with her family and six computers.